The draft is always an important roster tool, simply because it ideally brings cheap talent and helps create a core. But some drafts are more important than others. Here we rank John Schneider’s drafts, from most to least significant (based on draft capital and needs, not results):

END_OF_DOCUMENT_TOKEN_TO_BE_REPLACED

“There’s nothing we like more than beating the guys that we love.” — Pete Carroll

As Earl Thomas comes back to Seattle, hoping for some fan love, it will be the biggest reunion/revenge game since Richard Sherman came back last December.

Sherman lost in Seattle but got even when his 49ers won in overtime at home two weeks later.

Everyone knows Thomas, now a Baltimore Raven, carries a big grudge against Pete Carroll for not wanting to re-sign him. Thomas notoriously flipped off his coach as he was carted off the field with a broken leg in Week 4 last season — what turned out to be his final game as a Seahawk.

Thomas downplayed the revenge factor this week, and Carroll said he will “love him anyway.” But Carroll also said he loves beating his former players.

END_OF_DOCUMENT_TOKEN_TO_BE_REPLACED

K.J. Wright will make his season debut against Sea Lions Golden Tate, Luke Willson and DeShawn Shead, and he’s got big plans for the reunion game.

“I’m going to mess Luke up — no, I’m just (kidding),” Wright said. “I do hope I cover Luke. I want to tackle Golden as well. I talked to Shead earlier this week and I told him I’ve got to exchange jerseys with him. So it feels good seeing those guys.”

This game should look very familiar to the Seahawks — not only because of the Sea Lion reunion but because the Hawks are in almost the same position they were in exactly six years ago when they went to Detroit.

END_OF_DOCUMENT_TOKEN_TO_BE_REPLACED

The Seahawks will honor Paul Allen with a uniform patch for the rest of the season.

The Seahawks will see three Super familiar faces in Detroit.

The Lions, who rank 30th against the run, brought in Snacks to help. Golden Tate welcomed Damon Harrison and also gave a throwback nod to his NFL career.

The Hawks will get their own defensive help. The return of K.J. Wright should allow Bobby Wagner to start making more plays. Wagner is close to the No. 2 spot on the franchise tackles list.

END_OF_DOCUMENT_TOKEN_TO_BE_REPLACED

A year ago at this time, the Seahawks were getting ready for a wild-card playoff game against an NFC North team they had helped build. They ended up escaping frigid Minnesota with a lucky win over the Vikings and Teddy Bridgewater, the quarterback Seattle enabled Minnesota to draft in 2014.

Now, here the Hawks are in the wild-card round again, about to face another NFC North team, and personnel ties loom large yet again.

As the Hawks prepare to host the Detroit Lions in the first playoff game between the teams, two of the big storylines involve Golden Tate and Cliff Avril going against their former teams. But the personnel links are deeper than that.

Since coming to Seattle in 2010, John Schneider has done more business with Detroit than with any other team. Of his 42 trades, seven have been with the Lions. And two of them helped create the Legion of Boom.

END_OF_DOCUMENT_TOKEN_TO_BE_REPLACED

Five things the Seahawks need to change vs. Detroit and beyond, per Dave Boling.

A detailed look at the matchup, which seems to favor the Seahawks unless Detroit wins big on special teams.

A look at the key figures for the Lions.

Russell Wilson says he is feeling fast and might get rid of the knee brace.

Tony McDaniel won’t play due to a concussion suffered vs. the 49ers.

END_OF_DOCUMENT_TOKEN_TO_BE_REPLACED 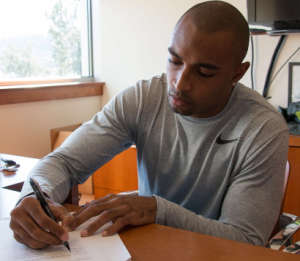 Three years ago, the Seahawks gave $11 million per year to a wide receiver who had never played a down for them.

No surprise: Like all of the big-money receiver deals Seattle has made over the last decade, Percy Harvin did not work out. On top of that, the Hawks lost Golden Tate, a homegrown receiver they couldn’t afford because they had paid Harvin.

But that didn’t stop the Seahawks from paying big again Tuesday — this time with a guy they had developed from scratch.

It turns out the Seahawks were fine paying Doug Baldwin the bloated market value for wide receivers — more proof that Paul Allen, John Schneider and Pete Carroll are more than fair when it comes to guys they have developed.

END_OF_DOCUMENT_TOKEN_TO_BE_REPLACED

Marshawn Lynch made a unique retirement announcement Sunday and his agent confirmed it Monday.

Lynch is tied for third in NFL history with six 100-yard rushing games in the playoffs.

We reposted the simulcast of his two greatest runs.

Russell Wilson called it an honor to play with one of the best of all time.

Richard Sherman said it was an honor to share the field with him.

Paul Allen thanked him for a great career and “so many runs and quakes.”

END_OF_DOCUMENT_TOKEN_TO_BE_REPLACED

With Marshawn Lynch and Brandon Mebane out, “Monday Night Football” might be a preview of the 2016 Seahawks.

Nice look at Seattle’s new No. 2 running back — and No. 1 again this week — Thomas Rawls, by Bob Condotta.

The big storyline for #DETvsSEA, of course, is the return of Golden Tate to face his old team and the Legion of Boom. “We had our battles in practice for years,” Richard Sherman said. “It’ll be another fun battle.”

Even in Detroit, Tate has been creating controversy at the usual rate.

Cliff Avril will be playing his old team Monday, but he calls it “just another game.”