“It feels like we are just getting started.” — Pete Carroll

A day after Pete Carroll led the Hawks to the playoffs for the seventh time in his nine seasons, he signed an extension keeping him in Seattle for three more years.

It does indeed feel like the Seahawks are just getting started — both this year and beyond.

END_OF_DOCUMENT_TOKEN_TO_BE_REPLACED

In Denver, John Schneider will be looking for a fun little trifecta, maybe even a superfecta.

He already won the 2016 draft-day trade with the Broncos, who dumped Paxton Lynch after just two years, and now he will watch for his team to win this game and for his punter to get the last laugh.

END_OF_DOCUMENT_TOKEN_TO_BE_REPLACED

While the Seahawks work on figuring out their secondary early in the season, it looks like their offense and run defense should be able to carry them.

Playing without senior vet Bradley McDougald, the shuffling secondary had issues stopping Mr. Guaranteed, Kirk Cousins, and Minnesota’s backs and receivers Friday in a 21-20 win by the Vikings. But the run defense was stiff and Russell Wilson and the offense put the Seahawks in the lead by halftime. And Michael Dickson flipped the field on almost every punt — showing what a huge weapon he will be.

END_OF_DOCUMENT_TOKEN_TO_BE_REPLACED

In the last two weeks, the Seahawks’ special teams have undergone a major upgrade — and they might get better yet.

Sure, the field goal game is again a question — the team apparently relying on a 40-year-old who missed last season with a back injury and can’t kick from 50 anymore. But the rest could be really strong, thanks to a new punter, another dynamic returner and potentially big rule changes.

END_OF_DOCUMENT_TOKEN_TO_BE_REPLACED

“You never hear a doctor come out of a surgery, ‘You know what, I don’t know if that was such a good surgery.’” — John Schneider

As always, and as with every team, the Seahawks think their draft went well. Of course, they got their typical mixed reviews from analysts (the NFL’s worst grade in this composite) — understandable considering they drafted Rashaad Penny and Will Dissly higher than most ranked them and then traded up for a punter.

We’ve long known Schneider is not great at getting the best value for his picks — certainly not like the Patriots and some other teams are — but, throwing draft strategy out, it looks like the Hawks landed five roster locks and a couple of potential projects. And they kept Earl Thomas (reportedly ignoring Dallas’ offer of a third-round pick on Day 2).

END_OF_DOCUMENT_TOKEN_TO_BE_REPLACED 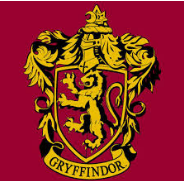 The Seahawks did what pretty much everyone hoped they would and reunited Shaquill Griffin with his one-handed twin Shaquem — easily the best story of the entire draft right there.

Shaquem, who runs a 4.38 40 at 227 pounds, could play anywhere from outside linebacker to strong safety, and he obviously will be a huge factor on special teams.

The Seahawks then made another notable pick when they traded the 226th overall pick (seventh round) to move up from 156 to 149 and draft Texas punter Michael Dickson.