Pete Carroll does not talk about the “D word” — as he called it at one point last offseason. But “dynasty” certainly is on his mind — even if it is buried way in the back, behind Cover-3 schemes and ways to dominate turnover margin.

What do you think his motto, Win Forever, means? Principle No. 1 of that mantra: To do things better than they have ever been done before.

The Seahawks are still working toward that goal — obviously much closer to achieving it on defense than on offense — and beating the Patriots on Sunday would be a huge step in that direction, making the Hawks the ninth repeat champ.

No team has ever won three straight Super Bowls, but the Hawks are in good position to make a run at it. Carroll knows it.

END_OF_DOCUMENT_TOKEN_TO_BE_REPLACED

The Legion of Boom is definitely not healthy for this Super Bowl: Kam Chancellor, who has dealt with injuries to his ankles, hip and groin this season, banged his knee at the end of practice and left with it wrapped. He’s listed as probable, along with Richard Sherman and Earl Thomas.

After his monster game against Carolina three weeks ago, Chancellor didn’t get to see former Seattle enforcer Kenny Easley. But maybe he will this time: Easley will be an honorary captain for the Hawks at the Super Bowl coin toss.

Sherman is expecting his first baby any day. What if his girlfriend goes into labor during the Super Bowl? As you would expect, Pete Carroll said he would support Sherman regardless of his decision to play or not. And, Carroll ended with, “I can’t wait to meet little Petey.”

END_OF_DOCUMENT_TOKEN_TO_BE_REPLACED

Dynasty: A family, team, etc., that is very powerful or successful for a long period of time. (Merriam-Webster Dictionary)

“A long period of time” is open to interpretation, relative to the overall history of the institution — but suffice it to say two years is not a long period in NFL time.

Plenty of people are trying to jump the gun — saying the Hawks will join the elite dynasties of the NFL if they beat the Patriots, who just happen to have been the most recent NFL dynasty.

END_OF_DOCUMENT_TOKEN_TO_BE_REPLACED 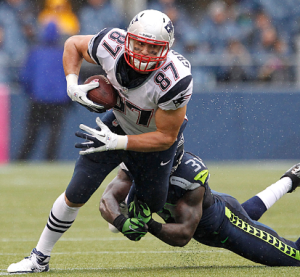 One of the most anticipated matchups in the Super Bowl is Patriots tight end Rob Gronkowski vs. Seahawks safety Kam Chancellor: Gronk vs. Bam Bam.

But that’s obviously an oversimplification of the matchup. The fact is the Hawks are going to focus their entire defense on all of New England’s offense, and Chancellor will interchange with K.J. Wright and other teammates in coverage against the Patriots’ best receiving target.

The Seahawks allowed just 17 passing touchdowns all season — second fewest in the NFL behind Buffalo’s 16. But 11 of those went to tight ends, making some think the Hawks have a weakness in that part of their defense.

END_OF_DOCUMENT_TOKEN_TO_BE_REPLACED 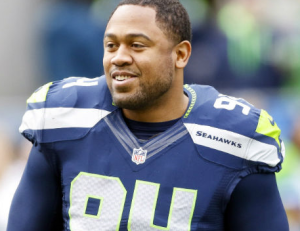 But, if not for Allen forsaking a shot at a Super Bowl with the Seahawks for a few dollars more in Chicago, Williams likely would not have gotten the chance.

The Seahawks pursued Allen last March, but they were not willing to pay him more than they were paying Michael Bennett ($7 million a year), and Allen got another $1 million a year from the Bears.

In June, the Hawks instead signed Allen’s former Vikings teammate, giving the 34-year-old Williams a one-year deal worth $2.1 million.

“I actually thought he was going to come up here (to Seattle),” Williams said. “I thought it was pretty much in the bag.”

But Allen didn’t, and now Williams is in the Super Bowl while Allen, who lives in Phoenix, will be cheering his former teammate on against the Patriots on Sunday.

END_OF_DOCUMENT_TOKEN_TO_BE_REPLACED

Since Tuesday was Beast Mode Media Day, we’ll lead with a few on him:

Marshawn Lynch’s father is in prison for burglary, but his “Papa,” Leron Lynch, talked to USA Today about the mercurial running back.

The Seahawks love saying great things about Lynch, and they did so again to Seahawks.com.

If you don’t mind commercialism and Kenny “My nerdy, nonsensical shtick makes me funny, right?” Mayne, check out Lynch in a Progressive ad.

If you care about Lynch’s pointless interview sessions (we don’t), My Northwest ranked them.

The Legion of Boom talks about its old-school motivation tactics.

Coincidence (not irony): Losses to the Chiefs turned around the seasons of both the Patriots and Seahawks.

USA Today offers a pretty good analysis of the Super Bowl matchups, but the writer picks the wrong winner because he underestimates Russell Wilson’s passing ability. 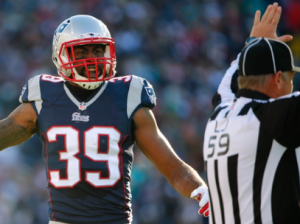 Right after the
Patriots won the AFC title game, Brandon Browner told reporters he had envisioned meeting his former Seattle teammates in the Super Bowl.

Now he apparently wants to hurt them — or maybe not. Either way, he might want to be more concerned about what the Hawks are going to do against him.

END_OF_DOCUMENT_TOKEN_TO_BE_REPLACED 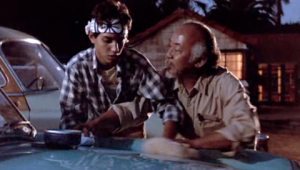 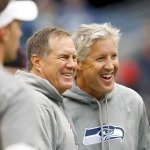 If you are an independent thinker — not subject to the whims of societal group think, peer pressure, corporate “yes manning” and pack journalism — you have to love this Super Bowl matchup.

Yeah, Mr. Belichick and Mr. Carroll do it the Mr. Miyagi way: They’re confident, creative, flexible, fundamental, defensive, quietly defiant — and perfectly unapologetic about the way they run their teams.

These two senseis have dominated football for 15 years, and how appropriate that they finally get to match up in the biggest game of the year.

END_OF_DOCUMENT_TOKEN_TO_BE_REPLACED

John Schneider and his staff apparently messed up in free agency last year, thanks to the Super Bowl, and they aren’t letting it happen again.

That was the most significant message imparted Friday by the general manager, who shed no new light on the team’s position with Marshawn Lynch or Russell Wilson but indicated the team was not prepared enough for free agency in 2014.

Schneider seemed to indicate his staff underestimated the value of some of their free agents last offseason — Golden Tate and Clinton McDonald come to mind (although the Hawks will get compensatory draft picks for those two).

To avoid getting caught with their pants down this year, Schneider has already met with his pro personnel guys — Trent Kirchner and Dan Morgan — and they have a better bead on the market for their 15 unrestricted free agents.