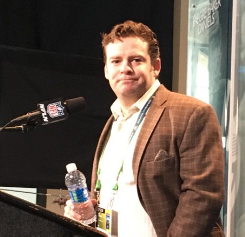 John Schneider all but admitted that Bruce Irvin will not be back with the Seahawks.

At the Combine on Wednesday, Schneider compared Irvin to Byron Maxwell, who received $10 million a year from Philadelphia last year. Irvin, valued as a linebacker and pass rusher, is expected to get a similar deal from some team.

“I’m sure you get tired of me talking about it,” Schneider said, per The Seattle Times, “but it really, truly is a big puzzle that we have to work through. I have met with Bruce individually and he knows how we feel about him as an organization and he knows that we are either going to be able to make it work or give him a big hug and congratulate him.

END_OF_DOCUMENT_TOKEN_TO_BE_REPLACED

This draft apparently is so deep on the defensive line that not even the Seahawks could screw it up.

You might think that to be a harsh and unwarranted comment coming against a two-time Super Bowl club, but the simple fact is the Seahawks have been terrible at drafting and developing defensive linemen.

John Schneider & Co. have selected 11 in six drafts, and they are still looking for their first sustained success story: Frank Clark (2015), Jordan Hill (2013) and Cassius Marsh (2014) are the last men standing.

Mebane and Rubin — the heart of the NFL’s No. 1 run defense in 2015 — are pending free agents, which explains why most mock drafts have the Hawks taking a defensive tackle at No. 26. But their history says they won’t do that.