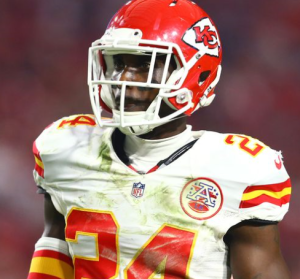 Seattle’s two most interesting positions this summer have been running back and the secondary, and the Hawks sure kept the drama rolling with their first cuts to 53 on Saturday.

Among their moves, they placed Robert Turbin on season-ending IR and acquired safety Kelcie McCray from Kansas City.

The Turbin move was a bit of an about-face from the report Friday that the Hawks were set to waive the fourth-year back, who has a high ankle sprain. If they had waived him, they would have risked losing him but also would have had the chance to bring him back. They decided instead just to stash him on IR, meaning he will miss the season. He’s a free agent next year, and this certainly will impact the market for him and probably increase the likelihood that he stays in Seattle.

Of course, the Hawks are not done at running back. They reportedly have a deal with Fred Jackson, and they will need to make room for him on the roster. They reportedly have been trying to trade Christine Michael, which would free a spot. Otherwise, they probably would have to decide whether to cut Michael or Thomas Rawls, the only undrafted rookie who made the team.

It is possible the Hawks won’t sign Jackson until deep into next week or even after the first game. But — assuming the reports from the major NFL news sources were correct — they probably want to get him on the roster to prepare for the Rams this week.

Speaking of Missouri, the Hawks acquired McCray from Kansas City. Word Friday was they were looking for veteran safety help — apparently not interested in keeping undrafted rookie Ronald “Buck” Martin as the ostensible roster replacement for holdout Kam Chancellor.

The trade for McCray reportedly involved a conditional 2016 fifth-rounder. The 2012 undrafted free agent is considered a top special-teams player but has not really played a lot on defense.

As for Chancellor, the Hawks apparently have no plans to give him what he wants, and they are not interested in trading him at this point — despite interest from other teams (e.g., the Giants) and his possible interest in being dealt.

As for the Hawks’ other moves Saturday, the positional numbers were exactly as we thought they would be, including 10 DBs (Pete Carroll loves his secondary and has a couple of concerns), six receivers (the ones we expected) and six linebackers (the overall talent of that sextet is excellent).

Jackson is supposed to be healthy in time for the opener, but B.J. Daniels showed he could run the offense in a pinch if the unlikely happened and the ever stout Wilson got knocked out. Wilson finished the preseason perfectly, with a long touchdown bomb to Tyler Lockett vs. the Raiders.

This position is not yet set. Once Jackson arrives, either Michael or Rawls will be gone. Some people wonder why Tukuafu made it instead of a seventh receiver. Easy: He can play fullback, tight end, defensive line and special teams.

WIDE RECEIVER
Kept (6): Doug Baldwin, Jermaine Kearse, Tyler Lockett, Ricardo Lockette, Chris Matthews, B.J. Daniels
PUP: Paul Richardson
Cut: Kasen Williams, Kevin Smith
This is the crew most of us expected, especially after Daniels sealed his spot Thursday night. Sure, SeaDawgs wanted Smith or Williams to make the team — instead of Lockette or Matthews. But the Hawks have one of the best special teams units in the league and probably didn’t want to break up that crew. All of the receivers play teams, and Lockette and Matthews have proven their worth there. Williams and Smith are top candidates for the practice squad.

McCoy’s inconsistency showed this preseason as he dropped a couple of passes and was not that impressive despite plenty of playing time. He basically played his way off the team, even as Helfet was hobbled by injury through much of the preseason. It wouldn’t be surprising at all if the Hawks found another tight end they like better: Joseph Fauria, Sean McGrath, Ben Koyack, Dante Rosario. The Hawks also could end up going with two, knowing Tukuafu can play blocking tight end.

The only question here was whether Sokoli, Poole or “no one” would be kept as the ninth guy. The Hawks chose the guy with bigger upside, obviously not wanting to expose the athletic Sokoli to waivers. It will be interesting to see whether the Hawks value Poole enough to put him on the practice squad. If not, you can add him to the team’s fourth-round misses. It wouldn’t be a surprise if the Hawks made a switch here before the season starts.

Dobbs seemed likely to be the eighth guy all along, leaving really just one spot up for grabs. And King was the most consistent guy — he was on the second line all preseason. Gwacham, one of three draft picks the Hawks did not keep, seems like a prime practice candidate. Williams, meanwhile, will miss his third straight season.

This crew was set from the beginning, and it never seemed like Pinkins was going to overcome depth at other spots to make the Hawks keep seven ‘backers. This group is strong enough as is. The Hawks surely want to put Pinkins on the practice squad.

This was the most intriguing position group of the preseason — due to the absence of the starting safeties, injuries and some pretty good young talent at cornerback. The Hawks chose to keep Simon, Smith and Burley — all of whom they gave up draft picks for and who are under team control for at least the next two years.

The Hawks got “lucky” when Seisay suffered a dislocated shoulder vs. Oakland — they were able to put him on IR and likely avoid paying a 2016 sixth-round pick to Detroit for him. They will get to look at him again next year.

The Hawks clearly are concerned about their safety situation, with Chancellor out and Thomas having not played all preseason. It explains why they kept Terrell and gave up a fifth-rounder for McCray. With Chancellor out, strong safety should be in decent hands with Shead and Bailey.

Rookies Martin and Murphy are both top candidates for the practice unit.