Don’t count on it. Bush, cut by the
Detroit Lions on Wednesday, is
going to be 30 in March, and the Hawks have no room for him in their backfield.

But the dual news surrounding the former USC duo (USC is giving Carroll an honorary degree in May) took us on a trip down memory lane — back to 2010, when Carroll came to Seattle and the NCAA’s good ol’ boys showed once again what a bunch of corrupt hypocrites they are.

One little sheep actually bleated for the Seahawks to fire Carroll in the wake of the NCAA’s vindictive and heavy-handed sanctions against USC. We laughed at that bozo, knowing the NCAA to be one of the most unethical organizations in America and any of its sycophants (like Mike Florio and Steve Sarkisian) to be mindless chuckleheads. We were too busy explaining why Carroll was not Dennis Erickson, despite the seeming similarities.

A few months later, we ripped the spineless fools — especially Sarkisian — who backed the farcical, two-faced, money-grubbing, oppressive establishment and blamed Bush for pulling back the curtain.

We were never USC fans, but the fact is Carroll, Bush and company dominated on the field like no other team in the 2000s. Carroll went 97-19, won two national titles and lost one he could have won.

The NCAA can do whatever it wants on paper (it vacated the 2004 title and all 12 wins in 2005), but it doesn’t change what really happened.

With two national titles and one Super Bowl title, Carroll has proven without a doubt that he is one of the great coaches of this era. (Just imagine if he had finished his two championship losses properly: five titles.)

And he clearly is a better human being than anyone who has ever been part of or supported the greedy, phony, spiteful, evil empire known as the NCAA.

USC obviously thinks so, or it wouldn’t be honoring him twice in two days in May. Good for USC. 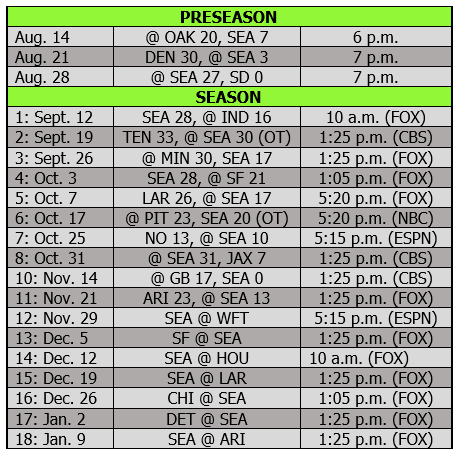