How many running backs does it take to replace Marshawn Lynch while he rides off into the sunset on a camel? Apparently three.

As Lynch led their running game for most of the last six years, the Seahawks had drafted just four running backs (including one fullback). Now, with Lynch retiring — yes, he is, Pete Carroll and John Schneider confirmed — the Seahawks added three backs in this draft alone.

But none of them will displace Thomas Rawls as the starter. Carroll made that clear Saturday after the Seahawks added Alex Collins and Zac Brooks to a backfield that already included third-rounder C.J. Prosise, Rawls and former second-rounder Christine Michael.

“Thomas gives us a great element in his style of play. We love the way he is physical and aggressive and tough,” Carroll said of the second-year back who took over for an injured Lynch as a rookie and rushed for 830 yards before suffering a broken ankle against Baltimore in Week 14.

“I think the message of who we are and what we’re about has been Thomas,” Carroll said. “We’re really excited to continue to see that.”

Carroll said the Seahawks have big plans for Prosise as the third-down back, which leaves Collins, Michael and Brooks to fight for the last spot or two. If the Seahawks decide to go without a fullback, as their roster currently is constituted, they could well keep four tailbacks.

“We’re hoping that the other guys can complement what we’re already getting from Thomas,” Carroll said. “Each guy has his stuff. So, we think we can fit that together. … We’ll see if we can fit it together in a really special fashion. They are unique. These guys are not from the same mold, which we really appreciate.”

Schneider broke down each rookie:

Prosise: “You have to look at right away of more of a receiving, third-down type of runner out of the backfield. Mismatch. Great hands, great feet.

Collins: “Alex is just a hard-charging (rusher with) quick feet. Instinctive. … The guy just shows up on Saturday and competes his tail off.

Brooks: “Zac is right up our alley. He is just a highly competitive, squared-away guy that was the most highly recruited receiver coming out of Arkansas, then chose to go to Clemson because they were the only school that was going to play him at halfback. He had a little rough luck early on, but every opportunity he got, he took full advantage of it. When you’re a runner, and you know you might not get that opportunity to carry it again, you’re going to let it rip, and he did that.”

The Seahawks also reportedly added two undrafted running backs, Tre Madden of USC and David Dudek of Boston College, to go with the three draft picks and three holdovers (including Cameron Marshall). That’s quite a flip from the depleted stable they had entering the week.

When it is all said and done, Rawls will return as the starter, Prosise will be the third-down back, Collins probably will be the third guy and Michael and Brooks likely will fight for the fourth spot, if it exists. 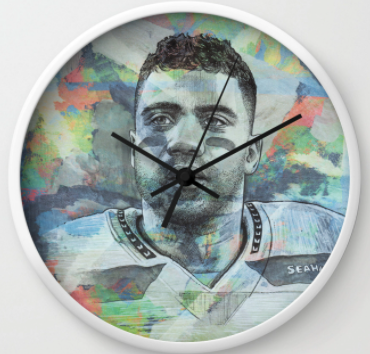