The Seahawks have always loved veteran defensive linemen. Just look at their starting four last season: Three free agents and Brandon Mebane, who was drafted by the previous regime.

It has been suggested that the 30-year-old Mebane, coming off a torn hamstring and due $5.5 million this year, could be a cap casualty.

The Hawks’ defensive line accounts for the biggest percentage of the salary cap of any part of the team — the $33 million slated to be paid to that unit this year is 23 percent of the cap. Only the Rams’, Bills’ and Dolphins’ defensive lines account for more among NFL D-lines (per OverTheCap.com).

That, along with the uncertainty around free agent Kevin Williams, explains why the Hawks have been snooping around veteran defensive tackles.

Now you can add a few more names to that list after Miami cut Randy Starks, Tampa Bay cut Michael Johnson and word is the Hawks are among the interested parties in Denver UFA Terrance “Pot Roast” Knighton. Also out there is longtime Patriot Vince Wilfork.

END_OF_DOCUMENT_TOKEN_TO_BE_REPLACED

Unless the Seahawks alter Jimmy Graham’s contract, they have about $15 million in cap space. But they will need to earmark about $5 million of that for rookie bonuses, practice squad players and injury replacements next season, and they probably will need about $8 million in additional cap space for the extensions for Russell Wilson and Bobby Wagner.

With free-agent needs on both lines and possibly at receiver and backup quarterback, basic math tells us the Hawks need to create some space at some point. How can they do that?

END_OF_DOCUMENT_TOKEN_TO_BE_REPLACED 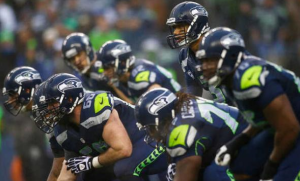 The Seahawks’ offensive line has been a mess for years. The unit has not started the same five since 2007 and has averaged seven combinations per year under Pete Carroll.

It’s not for a lack of trying. Since 2009, the Hawks have drafted two linemen in the first round and two in the second.

But that group has just not stayed healthy or developed as a unit — so it’s no surprise at all that the Hawks let two so-called starters go Tuesday.

Center Max Unger missed 13 games over the past two seasons, and left guard James Carpenter never played a full season in four years as a Seahawk. The Hawks were no longer interested in paying Unger, preferring to bring in Pro Bowl tight end Jimmy Graham instead, and they were not going to keep Carpenter for $5 million a year either.

Some people are wringing their hands over the loss of two nominal starters, but the fact is they were more like part-time starters, the Hawks did well enough without them and it’s time to bring in some new blood.

END_OF_DOCUMENT_TOKEN_TO_BE_REPLACED 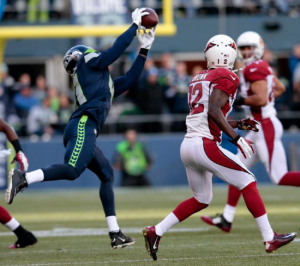 One of the big questions coming out of the Seahawks’ trade Tuesday is whether they got the proper value in the deal.

We’d say it was a great deal for the Hawks — getting a first-round-caliber tight end and picks in the third and fourth rounds in exchange for a first-round pick and a second-round center whose value no longer matched that.

Yeah, we know: The deal between the Seahawks and Saints brought tight end Jimmy Graham and a fourth-round pick for center Max Unger and a first-rounder. Technically no third-rounder.

But that is not the way Seattle GM John Schneider is looking at it. Guaranteed he sees it this way: By trading for a top offensive player and not signing an unrestricted free agent at $8 million a year, he still will get a third-round comp pick in 2016 for losing Byron Maxwell to the Eagles at $10 million a year.

And you know he will be careful to make sure the Hawks lose more UFAs than they sign so that third-rounder comes to him. The Hawks are about to go plus-three in comp picks for 2016, losing Maxwell, James Carpenter (Jets) and Malcolm Smith (Raiders). Cary Williams and Will Blackmon do not count because they were released by their teams.