The Seahawks are going to play their third preseason game tonight without nine key players – injuries that have opened up chances for a few other guys while also complicating the roster makeup.

David Moore’s shoulder injury is the latest concern. That and D.K. Metcalf’s knee problem put the spotlight on the receiver position tonight in Los Angeles. But the defensive line, secondary and tight end also have tricky roster situations that make the last two games significant for several players.

Let’s look at key positions and players to watch:

The Hawks now probably need to keep Reynolds or Turner so they have three receivers who know their system.

If Moore is out less than a month, they might keep him on the 53-man roster and hope Metcalf rallies from his knee injury by Week 2 or 3. As Carroll said, “We will keep our fingers crossed that he can make it back quickly.”

They also would need to keep six receivers in that case, meaning Ferguson and Ursua could have good shots at sticking.

If Moore is out 6-8 weeks, the team might short IR him after the 53 cutdown and then bring back either Reynolds or Turner (or keep one of those guys at the cut and bring back someone else when Moore hits IR).

With Ziggy Ansah questionable and L.J. Collier doubtful for the season opener, the Hawks are probably going to keep 10 here.

That means Mingo, Green and Branden Jackson likely are fighting for those two spots, with Green having the inside track for one and Mingo maybe favored for the last because he plays linebacker/special teams and Shaquem Griffin is injured.

This is Hill’s time to try to make the team. Marquise Blair, drafted because Hill and Tedric Thompson have not developed quickly enough, has a bruised back, so Hill will get plenty of time if he can handle it in his first action since suffering a broken hip in December.

“It’s really important that he gets a chance to make a statement about where he fits into the competition,’’ Carroll said.

With rookie Ugo Amadi almost a lock now and veteran Jamar Taylor pushing hard to stick, the 10th spot might be between Hill and DeShawn Shead.

Ed Dickson’s “still a ways away,” per Carroll, so it’s Hollister or a new guy for the third TE spot. Hollister needs to show he was worth the seventh-round pick Seattle gave New England.

Better news here as Mike Iupati (calf) and George Fant (ankle) are expected to be back for the opener. Jamarcus Jones (hip) seems week-to-week. They need those guys to get healthy to help their depth.

There’s probably just one spot left, between Hunt and Martin. 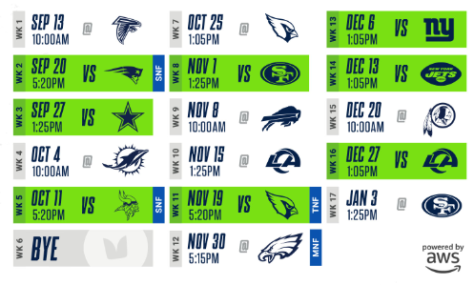